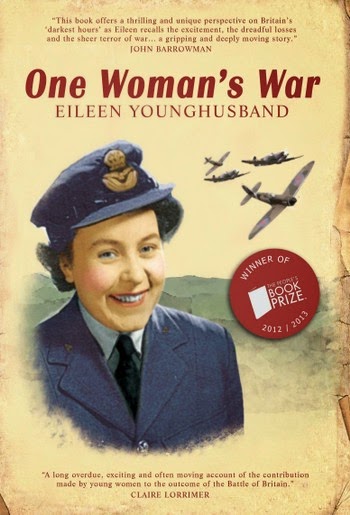 Here at Candy Jar Books we're delighted to announce that Eileen Younghusband, hero of the Second World War, adult education campaigner and downright national treasure, will be appearing at this year's Hay Festival on 26th May 2015. Now into her ninth decade, Eileen, author of One Woman's War and Men I Have Known, both published by Candy Jar Books, is a natural raconteur, as evinced by her upcoming appearance in the BBC's Britain's Greatest Generation. Expect tales of her time in the Filter Room, the radar hub which orchestrated the RAF's heroic campaigns, from the Battle of Britain to the Dambuster raids, throughout World War Two. To read more, and to book tickets for this event, visit the website of our friends at the Hay Festival by clicking here.
Posted by Candy Jar at 04:21
Email ThisBlogThis!Share to TwitterShare to FacebookShare to Pinterest
Labels: battle of britain, Dambusters, hay festival, WW2, wwII